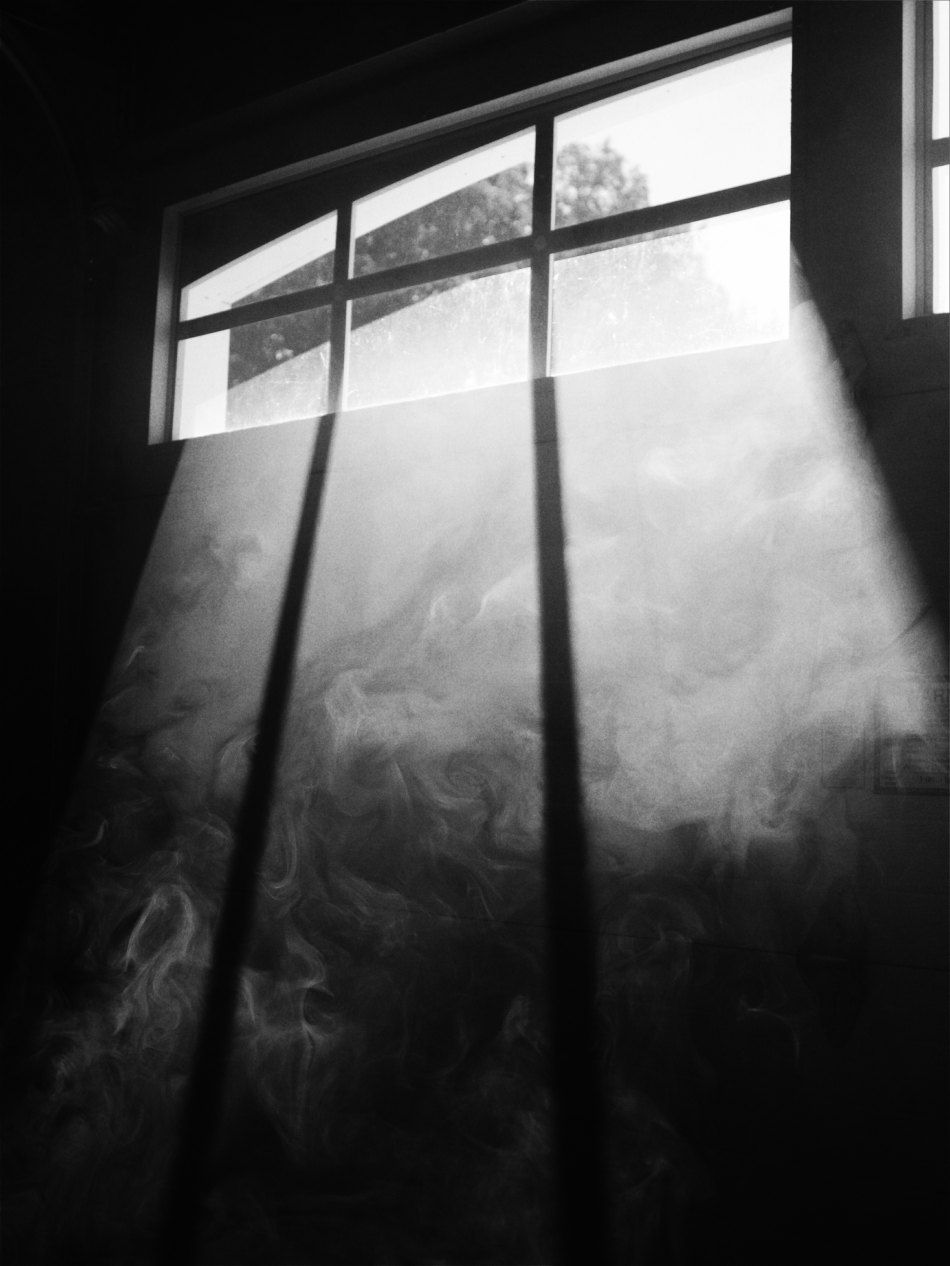 The Leslie Leeds Poetry Prize is sponsored by the English Department at CCSU. It was created by former English professor Barry Leeds to celebrate the memory of his daughter Leslie.

says the chiropractor’s more useless than a boob on a nun so he fishes the above ground pool for leeches to attach to his back and suck at the tension. They are drop-stone earrings, the jagged spine of a tired horse. Jamie’s dad drinks Coors Light after work after he shrugs off his jacket with the faded patch that says Jimmy like a little boy. He flings his boots to the TV room and puts on Teva sandals and cradles himself in the old corduroy couch with the sagging bottom. He hides mounted fish in the attic, Alaskan salmon and rainbow trout, scales worn brown from the time before he was a college DJ, when he spun women with Michael Jackson and George Michael and they all boogied down on sticky floors with Styx. When his wife throws Halloween parties, she drapes the walls in red fabric and he sees himself in funhouse mirrors. Haunting. His round reflection in the cold blue mountains on his beer. After one party Jamie’s dad took me to his gun collection in the space above the bathroom. How they stood erect on the walls! Corporeal. Black. Proud on hard white. He took down the shotgun with the rusted mouth and let me hold it like the baby no one’s trusted me to hold. Said I was the son he never got and didn’t deserve. Said I was a slim replica of the mannish daughters he already had churned from a conveyer belt, each a little rougher than the last.

We walk the road of uncertainty – we’ve

been treading it for some time now – he tells

me many sweet nothings in the evening.

coming from a wolf. Imagine the howl.)

We loved for years but now we’re faking it.

His soft hand is iron, boiling, and mean;

the other one is clenched. On Lover’s Lane,

His twisting hand rises, connecting once

across my soft face then lowers right down

to the divided bed. He looks down Oh!

In the grey morning

reaching for my mother’s hand

on the sere beach where I learned to swim,

we watched the geese refuse to leave,

They belong to the sand,

and my mother tells me it is time

to go. Leaving me to the mud and geese,

she drops my hand.

Kathryn Fitzpatrick serves as the Editor-in-Chief of the Helix Magazine and as a prose reader with the Adroit Journal. Her essays have been featured in Out Magazine, Gravel, and Crack the Spine, among others, and have been called, “biting, brutally honest, and not school appropriate” by her high school principal. She is the recipient of the Barry Leeds Prize, the Connecticut Young Writers Trust Award for prose, and is currently co-editing an anthology of flash nonfiction with Tom Hazuka called Flash Nonfiction Food, to be published by Woodhall Press next fall.

Matthew Maguda and Nadia Casey are both juniors at Central Connecticut State University.