Marquee lights blare down on the dingy concrete in brilliant neon reds and whites, signaling the presence of a New York Broadway production. Theater-goers are wedged between the box office and crowd control barricades, jittering and shuffling about each other as they wait for doors to swing wide on opening night. But where auditorium doors once stood open to welcome patrons, they cling tight to the threshold. Where seats once cradled theater-loving audience members, dust collects on red velvet. Where spotlights once illuminated decorated sets atop squeaky wooden platforms, the stage lies dim and empty.

Who would have thought the “Great White Way” would ever stop living up to its name? It is safe to say that Americans never could have expected the gargantuan mass shutdown that has halted the most prominent cultural and entertainment phenomena since of the outbreak of the coronavirus in the juvenile year of 2020. All theater across the country has, for possibly the first time in history, been canceled. American theater in this new decade is looking similar to Shakespearean theater during the plague. While some soon-to-be world-famous writer is probably penning a masterpiece in isolation, Broadway has shut down, school closings have shuttered educational theater productions, and community theaters are fearing financial plight. Theater junkie dystopia has come to life.

This past March ushered in the shutdown of all non-essential businesses. President Trump’s “15 Days to Slow the Spread” ordered Americans to follow state and local jurisdictions regarding social distancing practices. For New York City, a monumental hot spot for the coronavirus in the United States, an order to limit the number of people in one enclosed location to five hundred was issued on March 12 by Governor Andrew Cuomo. The city’s hospital numbers grew while Broadway emptied. Based on statistics by the Broadway League, in 2019, 14.62 million attended during the 1,705 performance weeks. Almost 8 weeks following the order, Broadway remains dark. Actors are out of work, stagehands are furloughed, and theaters are in financial straits

Students of theater remain sequestered at home, plopped at the kitchen table or in childhood beds. They are doomed to a life of fixating on a collage of glowing rectangles feigning their in-person class experiences. Educational institutions slated to produce theater performances, whether with children, teens, or college-age students, have cancelled their productions, denying seniors an opportunity to carry out their final performances.

Natasha Ricci, a senior at Regent University in Virginia Beach operates theater lighting as an employee of Media Services. Signing onto our afternoon Zoom call from her bedroom donning a golden yellow t-shirt, she talked about seeing the production cutoff unfold. “One of the teachers in the theater department looked around getting props, [student actors were] getting their scripts turned in. They had to turn in everything.” Their theater department had been preparing for their musical, Brigadoon, but production is now moved to the summer so they can kick off the new school year with the show. “The start of the [fall] semester’s going to be a musical, which has never been done before.”

At the University of Illinois at Chicago is a similar scene, as they have also postponed their spring production. Tanera Marshall is an associate voice, speech, and dialect professor who works closely with the school’s stage performers and agrees that this cutoff of show production has been discouraging. “Some students were so devastated, particularly students who are graduating who had not had major roles on stage and really needed that experience.” However, Marshall was glad to mention the decision made by her department’s directors to defer the showcase to later in the year. “Students who are graduating will, we hope, come back to do the show.”

While graduates returning for a postponed production is the hope, it’s not a guarantee. At Regent, Ricci is returning as a temp worker with Media Services post-graduation and will likely maintain her anticipated responsibilities for Brigadoon, but the same is not certain for the rest of the production’s cast and crew.

“While graduates returning for a postponed production is the hope, it’s not a guarantee.

At the CREC Academy of Science and Innovation (ASI) in New Britain, Connecticut, musical theater is offered as a high school course taught by Dr. Wallis Johnson; she worries that her seniors may not get the chance to stage their show this semester before graduating. “If we don’t go back to school in the end of May, then I’ll have to push it into next year. And then—those seniors who were cast—they won’t be there to do the part, so I’ll have to shuffle around the casting.”

A co-founder of Colchester Community Theatre, director of ASI’s theater productions, and veteran of musical theater herself, Johnson has never experienced a situation quite like this. Nothing ever stops her from carrying out her theater class with prolific tenacity, and while the pandemic has put a hold on her plans, she is pressing into creative ways of bringing their show together. “There’s a delay on Zoom, so I can’t even rehearse the songs with them online. It’s rethinking teaching: how can I give kids the best I can give them, so they have a really cool experience?”

Johnson wonders about the fate of her community theater’s summer show, as well. “This is normally when we’d be advertising our auditions, because we normally do our auditions [in] the beginning of June before school gets out and people go on vacation. Right now, we’re sort of in a holding pattern, so we just don’t know what’s going to happen.”

What were once emblems triggering vigorous anticipation for a live theater production, tickets are now either large question marks or disappointing reminders to monitor a refund. What are we to do in the meanwhile? Entertainment during quarantine, amidst the plethora of cancellations, has birthed new methods of bringing theater experiences to life in isolation. Theater companies across the world have stepped up to provide reluctant homebodies with online theater experiences, packing websites and YouTube channels with pre-recorded productions. From Andrew Lloyd Webber, to the UK’s National Theatre, to Broadway itself, theater giants are making their shows available for lovers of classic entertainment to enjoy in slippers and a Snuggie.

As for the future of theater? “I think a lot of that is going to be decided for us.” Johnson says. “I think [Connecticut Governor Ned Lamont] is going to say how many people can be together in a place [and] if we still have to wear masks . . . It’s a matter of us trying to use our creativity to meet those guidelines but still provide theater for our community however we can.”

For New York, Governor Cuomo’s list of “Priority Industries for Re-Opening,” places arts and entertainment in the final phase, right next to education. Target dates remain non-existent, so theater productions hang in tableau until hospital numbers dictate otherwise. With skyrocketing popularity of streaming services and social distancing practices expected to extend beyond the current shelter-in-place orders, will live entertainment experiences become a thing of the past or a nostalgic novelty? “To be, or not to be, that is the question,” as the Shakespeare saying goes.

To this, Marshall declares, “While I do think that our familiarity with technology will certainly enable creative people to utilize technology if and when they want to—in teaching and in performance— . . . this cannot and should not replace the learning environment in person. It fundamentally alters the interaction of people and it cannot and must not replace live interaction.”

Someday soon, doors will open again in theaters across the nation. We will sink into the plush, red velvet folding seats. We will hear the footsteps of live actors as they clickety-clack across the glowing stage under the same roof as the audience. We will feel both the thunderous and songbird voices resounding through the room, thrusting us to the back of our chairs. Until then, all we can do is wait for COVID-19 to make its final bow and exit stage left.

Victoria Juniet is a staff writer for Blue Muse Magazine 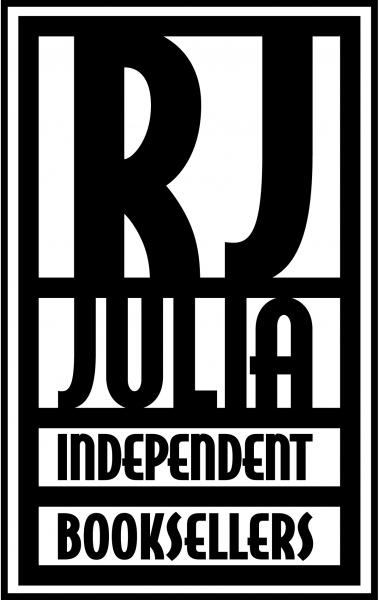