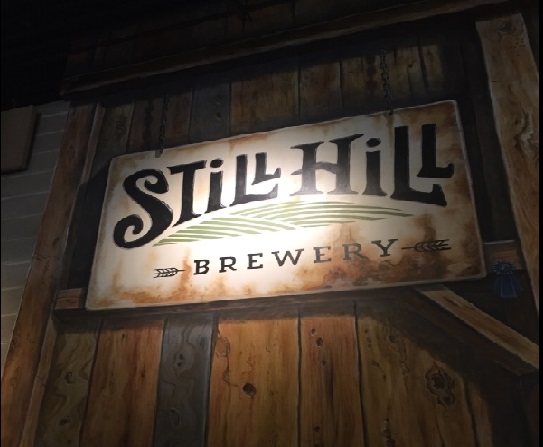 “Are you sure you know where this place is?” my friend Alex asks as he pulls a U-turn. “Of course,” I reply, half-lying. I scan the area looking for signs of a brewery. “There are some cars over there, maybe it’s that way,” I suggest. We hang a quick left into the Shunpike Business Center of Rocky Hill, eyes peeled for beer barrels and a logo. As we pass by a group of brick office buildings, we notice a sign that reads Still Hill Brewery. Skeptical and thirsty, we open the door.

The walls are painted to resemble wood paneling; you feel as if you just strolled into a barn. This is fitting, because the brewery itself is not big. It utilizes every square inch of its rustic atmosphere. A traditional bar area makes up one side, while the rest of the space is taken up by tables for beer lovers to sit down and watch a game. A “Drink Local!” sign hangs on the wall. Their vision is clear; this is a small town brewery.

I walk up to the bar and receive a warm welcome from the bartender, a sociable woman donning a black Still Hill T – shirt. She urges me to get a “flight of eight,” a sample sized portion of all the beers they have on tap. I was getting the full experience. The hops lover in me couldn’t get enough of the Still Hill IPA , which had notes of orange and grapefruit to compliment a nice hops bitterness, and was equally impressed by Chorus Frog, their double IPA coming in at 8.5 percent alcohol. However it was Sluggy Buggy, their oatmeal stout, that stole the show. With coffee notes and hints of chocolate fusing together, my taste buds were working overtime. Seasonal offerings such as their Oktoberfest, Altr’d Hills, and Nut on the Hill did not disappoint either. Needless to say, you are guaranteed to find a beer that suits your taste.

Everybody seemed to be drinking a different beer, and people even came in to get their growlers (sixty-four ounce jugs) filled. From sitting at the bar I got the sense that most people had been here before, and were happy to spend another Sunday afternoon at their local brewery. When two new faces appeared the same bartender that greeted me welcomed them with the same exuberance. “Is this your first time? Where are you guys from?” she asked them.

“Cromwell,” they both answered in unison.

“Oh, that’s just a hop, skip, and a jump away!” Every age range was represented, and everyone was chatting. The beer was working. 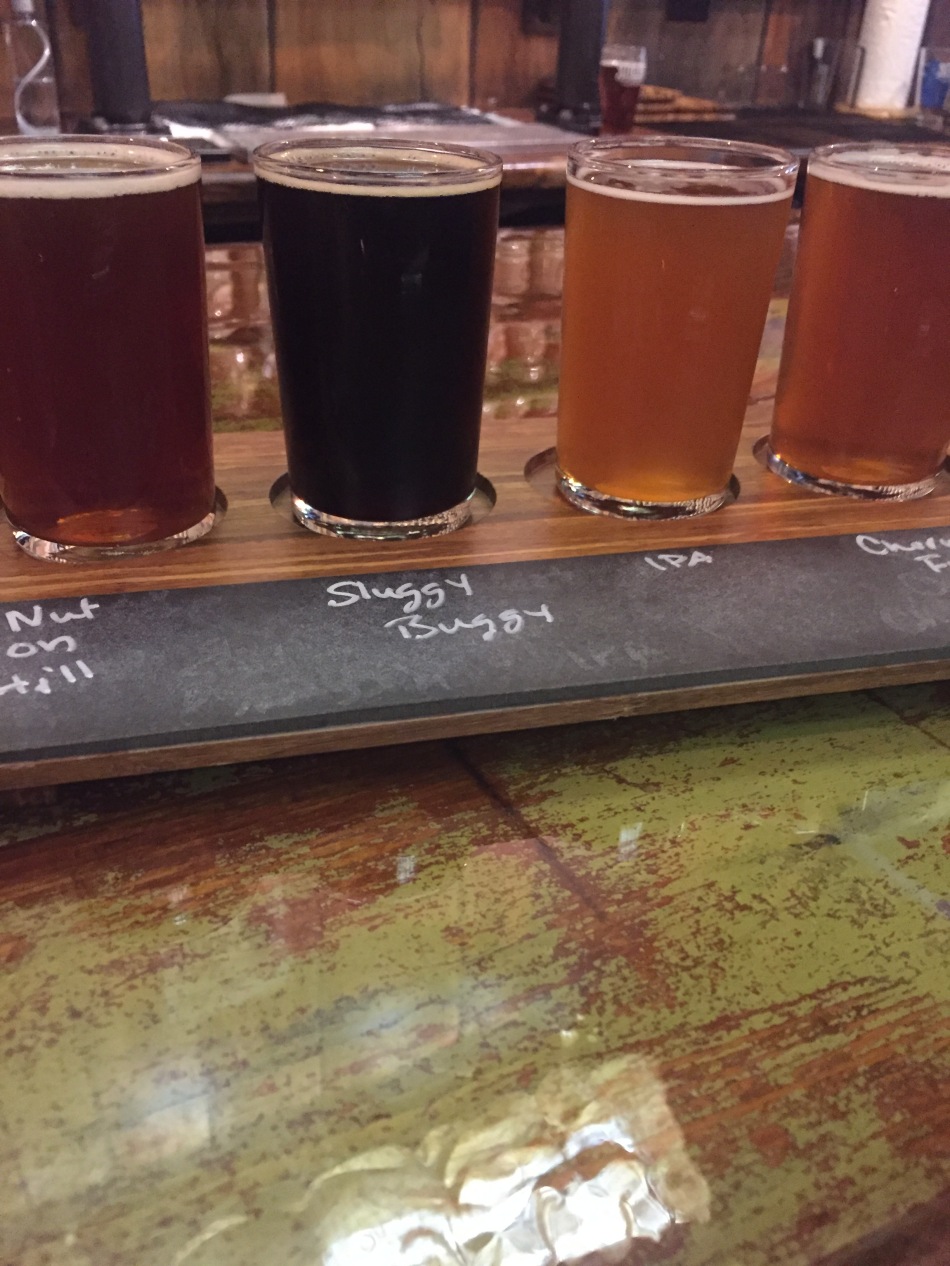 First opened in February 2016, Still Hill beers are already being poured by restaurants and bars around Connecticut. Restaurants such as the Wood-n-Tap, Chicago Sam’s and Taphouse 150 commonly serve their beers. What began with a Kickstarter campaign has developed into a full-fledged brewery committed to the community. They haven’t been shy about their local involvement: a “Yoga at the Brewery” day sold out earlier this month, and a fundraiser night for the local youth softball team was recently held.

Connecticut has recently been put “on the map” when it comes to craft beer. In 2014, over 100,000 barrels of craft beer were produced in the Constitution State. With thirty-five craft breweries, there is no shortage of suds to go around. In fact, Connecticut has 1.3 breweries per capita (100,000 people), so the chances of there being a brewery within a short drive are almost guaranteed. Craft beer sales saw an 8 percent growth rate from 2014 to 2015, grabbing market shares from the stagnating large domestic brewers.

In the current craft beer climate, the internet does just as much for name recognition as Budweiser’s clydesdales. The common couch-drinker now has just as much input when it comes to rating beer as the professionals. Websites like beeradvocate.com and apps such as Untappd allow people to rate different beers, and also spread the word about lesser known breweries. This allows start-ups like Still Hill to have an immediate impact in the market. Their VanHilla porter currently enjoys a 4/5  star rating on Untappd. Still Hill expects the next batch to appear around the holidays.

Breweries like Still Hill are taverns for a town to call their own, and to take pride in. People are bypassing the big beer companies to support something they feel a connection to. As regular after regular came in, being warmly greeted by the employees, it was clear that Still Hill had already become an important meeting place in town. This is Rocky Hill’s local brewery, tucked away in a maze of office buildings, just a hop, skip, and a jump away.