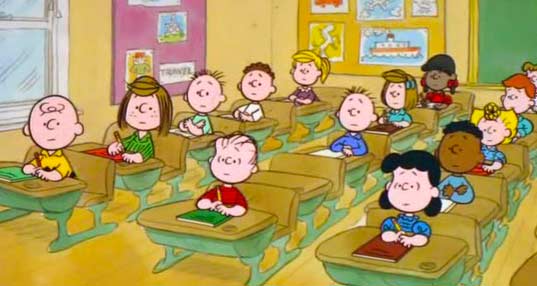 Maurice Sierra-Ledoux is standing at the front of his eighth grade English-Language Arts (ELA) class at Slade Middle School. The students, desks arranged in a horseshoe, quiet down and open their notebooks. The door to the classroom is covered in Santa Claus wrapping paper, and a sign at the top of the wall reads “Welcome to Mr. Sierra-Ledoux’s Language Art Class.” The rest of the room is covered in colorful posters displaying tips on reading and writing, and pronoun cutouts decorated with Batman tape. Dressed in tan dress pants and a button down shirt, Sierra-Ledoux looks the part of the young eager teacher. He smiles confidently, eyes glittering with warmth and excitement. Kneeling at a student’s desk, he gives the young man his undivided attention and patience until the issue is resolved.

Sierra-Ledoux endured a winding and frustrating, yet inspiring, path to find his calling as a teacher.

During his senior year at Central Connecticut State University, Sierra-Ledoux completed two student teaching positions–well, almost. The first was at New Britain High School, where he worked with tenth, eleventh, and twelfth graders. About halfway through the assignment, his cooperating teacher decided she did not want to continue her mentoring role in his student teaching. He walked out the door Friday afternoon with lesson plans for Monday, feeling everything was going well. Not an hour later, he received the devastating phone call. He had no choice but to discontinue student teaching at the high school, which guaranteed he would not be able to graduate at the end of the semester. Instead, he was forced to wait until the next Fall semester to finish student teaching. “I was eight weeks away. I felt blindsided. I remember that threw off my confidence. Everything was going so well, and then to find out something so beyond my control could interrupt everything.”

Sierra-Ledoux’s second student teaching position was at Pulaski Middle School in New Britain, which he completed and then graduated. The dual exposure to teaching both high school and middle school aged students helped narrow his focus. He decided the younger age group was where he belonged as a teacher. 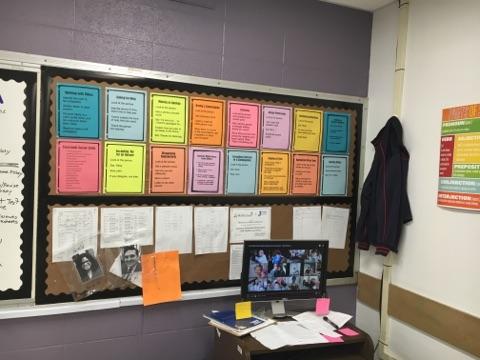 The experience Sierra-Ledoux had at New Britain High School had lasting effects on his confidence. Following graduation, he took a break from teaching and worked in retail. However, he soon became tired of paying off student loans for a job that reminded him that he was not following his passion. Choosing to ease himself back into the classroom, he got a job working the Hispanic Health Council, a Hartford-based nonprofit group.  He traveled to seven different inner cities in Connecticut, including New Britain, teaching basic nutrition. These classroom presentations helped him gain back the confidence he had lost. “I got to really build relationships, and I really found I love New Britain. The teachers really support each other at Pulaski Middle School.”

Sierra-Ledoux knew where he was meant to be as a teacher. He was finally ready to pursue his dream career. Going through the education staffing company, Kelly Services, which helps aspiring teachers find a position, he landed an interview at Slade Middle School. He was hired on the spot. Sierra-Ledoux took over the position of a friend who was going on maternity leave. Going above and beyond what was expected of him, he volunteered in the classroom multiple times over the last few weeks she was teaching. He wanted to see how she ran the classroom to ease the transition.

My favorite thing is when I realize they get it, when they have that ‘aha’ moment.

Sierra-Ledoux passionately dedicates himself to working one-on-one with students to assure their steady progress. As a student teacher, he was in charge of a tenth grade class where a few students were reading at a second grade level. In his current eighth grade class, he has four or five students also reading at a second grade level. Sierra-Ledoux puts in the extra work for these students using a special literacy program that accelerates their reading. Sierra-Ledoux knew he wanted to put his time and attention into making sure these disadvantaged students did not continue to fall behind. “My favorite thing is when I realize they get it, when they have that ‘aha’ moment. Sometimes you see them make the same mistake, the same error, and I explain it and they’re like oh, that’s why. That makes me feel really good.”

0 comments on “A Teacher’s Story of Success | Ashlee Stimson”