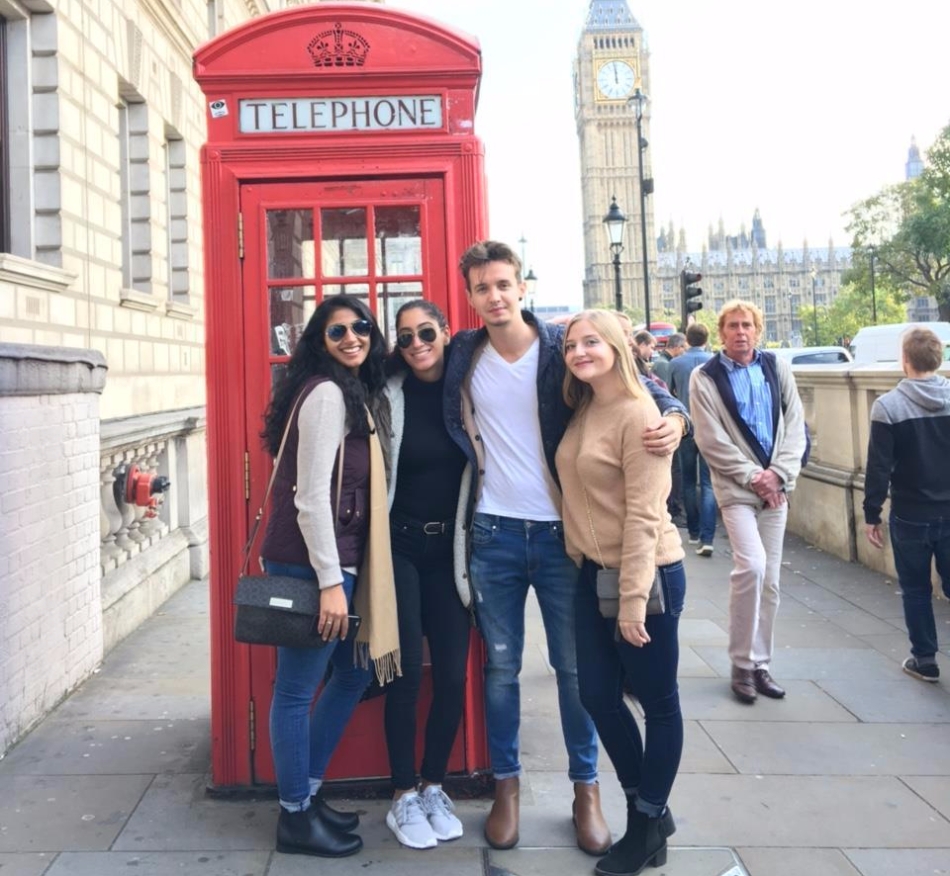 Benefits of Studying Abroad in College

After a four-month study abroad experiencing studying English Literature in northern England, I’ve transformed into a Bridget 2.0. It’s cliché, I’ll admit, but it’s almost impossible not to become a changed person with travel. Tayler Gill, the Senior Site Specialist, from International Studies Abroad says, “I’ve never met anyone who says they wish they hadn’t studied abroad.” Whether you’re looking to expand your worldview, earn a resume booster, or gain the experience of finding yourself; the choice to study abroad is one you won’t regret.

I’ve never objected to the standard New England university student uniform of black leggings, UGG’s and a trusty North Face jacket, but it became very apparent after spending some time abroad that the rest of the world did. Well-dressed Londoners walked European streets like they were their own personal runways. I replaced my UGG’s with Chelsea boots, my leggings with edgy black jeans and my North Face with a khaki trench coat and felt on top of the world. It never occurred to me until I made the change that how I dressed told the rest of the world the value I put on myself. Being abroad pushed me to place a greater importance on myself and my appearance.

Being abroad I found myself experiencing, and eating, loads of new things I’d previously sworn off. Surrounded by my boyfriend’s family in a Scottish pub, I skeptically poked at a pale, meaty volcano of haggis with my fork, half expecting it to explode. Only when I took the first bite I was floored to find that it was my taste buds that had done the exploding instead. I’ll admit to being previously closed minded when it came to food. Can you blame me though? I’ve grown up on a buffet of cheap Americanized impostors of ethnic food. Being immersed in such diverse cultures taught me to leave my reservations at the door and order that pesto covered, mozzarella stuffed bison burger despite my strong moral feelings about eating America’s adorable national mammal.

While studying abroad has taught me the importance of being independent it’s also taught me how to nurture friendships and the need to rely on your friends while travelling. The friendships I brought with me from Connecticut to England were pivotal in pushing me to do things I never imagined. Similarly, the friendships I made while abroad were equally as important as they grounded me during the first couple emotionally driven weeks. I found myself a great group of girls a couple weeks in that pushed me out of my comfort zone and really bettered my time abroad. Five months after my abroad experience and I’m still getting messages from my flat’s group message on Facebook. Similarly, the bond I’ve created with the CCSU students I traveled with remains as strong as ever. To this day I can’t look at Simran without remembering the time we walked hand and hand into a tattoo parlor and meekly requested Amsterdam themed tattoos from a long haired, piercing covered dutch man.

Erin Beecher, the international education coordinator of CCSU’s Center of International Education, stood at the center of the study abroad fair herding students like St. Christopher. She promised things like “students with significant study abroad experience secure a starting salary 25% higher than students who did not study abroad and study abroad participants are twice as likely to find employment within 12 months of graduation.” If none of the previous reasons are convincing enough to compel you to jump on a plane right now, I guarantee that studying abroad makes you significantly more attractive to employers. In a world where companies are looking for individuals that have an expanded worldview and something that sets them apart from other candidates, having a study abroad experience under your belt is an instant resumé builder.

What kind of person would willing thrust themselves into an environment where they’re ignorant to the language, land and customs? A study abroad student, that’s who. Culture shock forces you to develop a trust in yourself that ultimately leads to increased self-confidence.

A University of Maryland study by Political Science professor Calvert Jones “found that students attributed study abroad to increased maturity.” If you can navigate your way through the canals of Amsterdam or decipher the complex underground stations of London you can surely tackle anything university life back home will throw at you. Studying abroad provides you with challenging real world situations that build your self-esteem.

0 comments on “Next Generation You | Bridget Gray”