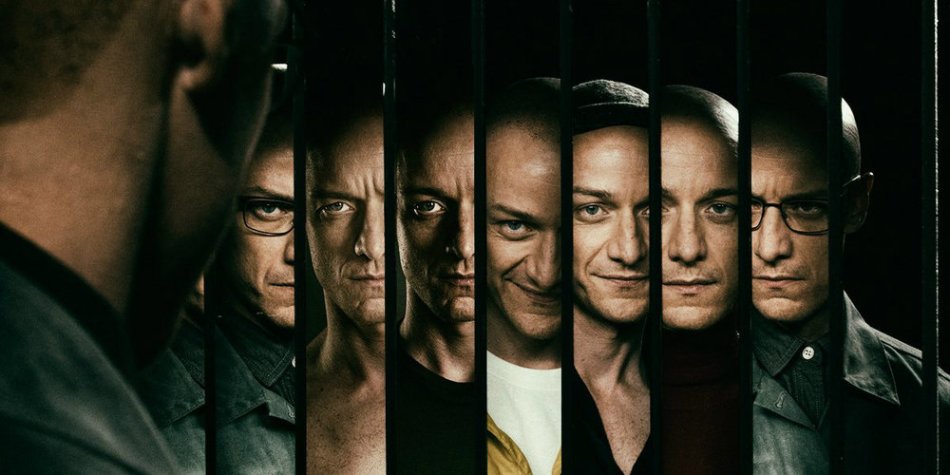 Perched on a sleek black stool, legs crossed and microphone resting below his chin, M. Night Shyamalan gives the BUILD audience at 692 Broadway a glimpse into the process behind writing his new psychological thriller Split. The interviewer Ricky Camilleri—after references to Shyamalan’s previous films and self-proclaimed “geeky questions” about the amount of point-of-view shots—asks about the main character, played by James McAvoy, who suffers from Dissociative Identity Disorder using the retired term “Multiple Personality Disorder.” Shyamalan doesn’t correct the faux pas in his response.

“Well I’ve been always interested in this disorder in college when I was taking psychology classes. It’s a fascinating field.”

What both men fail to say is that Dissociative Identity Disorder (DID) is a complex disorder, not something that can be shoved under the umbrella term of “fascinating” for a soundbite.

Jaime Pollack, the founder of An Infinite Mind, the only peer-led DID support group in the country, looks deeper into the disorder than either of the men bothered to. She explains, “people with DID should be applauded for their incredible strength and resilience for overcoming their terrible childhood abuse.”

One aspect of Dissociative Identity Disorder as stated on the An Infinite Mind website is that it “develops as a childhood coping mechanism. To escape pain and trauma in childhood, the mind splits off feelings, personality traits, characteristics, and memories, into separate compartments which then develop into unique personality states.” DID affects one to three percent of the population but it is often perceived as extremely rare, and in many cases regarded by the general public as invalid. Severely lacking in resources, support groups, and treatment, it’s unlikely you’re going to quickly get in contact with a DID professional over the phone—unless you’re a renowned film director.

Due to the small size of the DID community, word gets around. Fast. For example, if you and your lead actor are researching for a movie that features a character suffering from DID only to stop taking phone calls out of the blue, people are going to hear about it.

“During the development, [Shyamalan and McAvoy] talked to some really influential and well-known DID consultants, such as Dr. Bethany Brand,” says Pollack. “Once they realized the truth of DID, and [the movie] wasn’t lining up with what DID really was, they stopped the consultations.” Her feelings about Shyamalan and McAvoy? “You had this opportunity and you cut us off.”

Jaime Pollack is no stranger to the disappointment accompanied by the stigma and misrepresentation of DID. Thankfully, she’s always had experience advocating for the underdog. After working as a wish granter for the Make A Wish Foundation, she got involved in organizations focusing on sexual trauma. When she was diagnosed with DID in 2005, she became an advocate for herself. Pollack says the idea for the support group An Infinite Mind actually evolved from an episode of Law and Order: SVU. She wasn’t impressed. “Terrible episode, stereotypical. [The character] was a murderer. [The writers] were making it all up; it was just horrific and everything that’s not true about DID.” The episode sent her unsuccessfully searching for a statement from the DID community. She waited for a response from anyone about the episode and she found there was nothing. No one without DID cared to comfort those who were being portrayed as monsters on TV, so Pollack stepped up.  As a woman with DID, Pollack oozes characteristics antithetical to what Law and Order or M. Night Shyamalan would have you believe. “I wanted An Infinite Mind to be a place where people could go and find the truth and hope and positive information, and things that were appropriate and beneficial.”

When asked for the biggest perpetrator of the negative stigma surrounding DID, Jaime has the answer on the tip of her tongue. “It’s 100 percent coming for the media.” The words catapult out of Pollack’s mouth. “If you research the crime statistics for DID it’s very minimal. People with DID are usually not violent criminal offenders. Most people with DID are very successful people but the media doesn’t show that because it’s boring. So the only way to show people with DID to make it interesting is to make them murderers.”

Shyamalan’s movie Split differs from other movies with psychological themes because it’s built off the foundation of the main character having DID. If someone finishes watching the movie Psycho and thinks that Norman Bates has Dissociative Identity Disorder, that’s their own misdiagnoses, not Alfred Hitchcock’s.

According to IMDB user rankings and lists from movie publications, Split is not the first film to include a character with DID. After typing in Multiple Personality Disorder (not Dissociative Identity Disorder) into your search engine, you’ll think you’ve died and gone to listicle heaven. IMDB users like filip-davidovic and Dibyayan_Chakravorty include such socially accurate movies as The Incredible Hulk and Batman Forever (presumably for the villain Two-Face) in their lists.

Journalists don’t seem to be doing any more research than casual movie buffs. Although writing listicles for International Film Company blurs the lines between serious journalism and Buzzfeed clickbait, writer K. Thor Jensen really laid it on thick for his listicle “The 10 Best Split Personality Performances In Movies.” Sitting pretty at number six, prefaced as a “curveball,” is Liam Neeson as “Bad Cop/Good Cop” in the The Lego Movie. Neeson’s character indicates the change in his personality by turning his detachable jaundiced head 180 degrees. According to K. Thor Jensen, “Double-sided heads were first introduced in the 1990s to show different emotions, but different personalities are an equally valid reading.” The article doesn’t state where K. Thor Jensen got his license in psychology.

Unlike Neeson’s Bad Cop/Good Cop, Pollack’s one-sided head is screwed on tight. She can even make light of how the supernatural aspect of Split has affected DID community. “We make a joke now, we’re like ‘Hey! We’re not really mad about the movie showing us in the wrong light, we’re mad about the movie telling our secret. People aren’t supposed to know we can climb walls and catch bullets. That was top secret. That’s what we’re mad about. People know we can walk on walls.’ I mean come on.”

As someone who not only has DID but does so much for the community, she can make light of the terrible representation of DID sufferers. Casual movie-goers who are being introduced to this disorder through films like Split cannot.

Further along in the BUILD interview, Ricky Camilleri seems to have been clued in to how to refer to Dissociative Identity Disorder. “DID is a real disorder people suffer from. Do you have any hesitation or worry about applying a genre film to a real disorder?” It’s an underhand softball that Shyamalan punts by coming out as a filmmaker that is really writing . . . dramas. “I guess the dirty little secret is, I feel I make dramas at the core of this. The thriller of it all is clothing, I think it goes beyond that, and I think that’s why people respond to it beyond the genre audience.” When he finally decides to answer the question, it only gets more disappointing. “It’s a movie about drama coming from a strong empathy with this character with this disorder. Do you feel empathy for him at the end of the movie? You do deeply, and in my mind, I’m defending it, and I want to have these conversations about . . . what do we think about marginalized people who’ve gone through trauma? What are our feelings? Where do they belong in society? I love this subject. I want to keep talking about them, I think they stimulate a lot of good conversations.” If moviegoers were to start a conversation about DID based on what’s depicted in Split, would they believe that these marginalized people don’t deserve to have their trauma explained? Or would they think DID sufferers should be feared? That they can be found living in the abandoned basement of a zoo? After all, that’s what’s portrayed in Shyamalan’s “drama.”

The only conversation Shyamalan stimulates in his interview and film is that he wants to keep talking and stimulating a lot of good conversations; the only dialogue he has opened is teasing the idea of Split 2.

Instead of absorbing half-baked research in the form of a shitty sequel, we can listen to voices like Pollack’s. “People with DID are amazing survivors. That have brains that were so creative that gave them the ability to survive the unsurvivable. I think what’s missed is the sympathy behind what created DID to begin with. DID is not a typical mental disorder like schizophrenia or bipolar disorder that is a chemical imbalance. DID is strictly created as a survival method from extreme abuse. So people who have it are true survivors, are true heroes that have overcome and survived to get to where they are.”

0 comments on “The Most Exploited Disorder in Hollywood | Allie Loiselle”