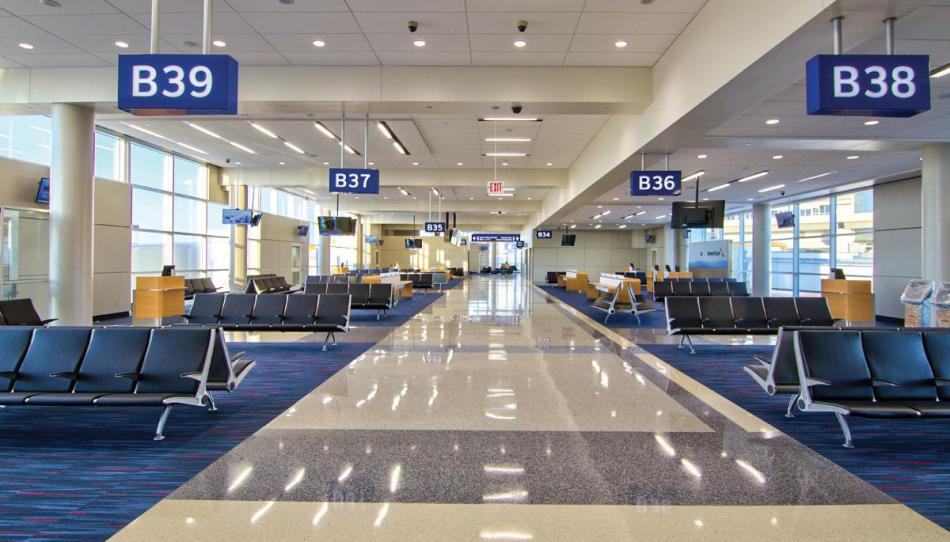 After strategically loading empty suitcases with souvenirs and White Hennessey, exclusive to Caribbean islands, our bags were Saran wrapped and tossed on the moving belt as we navigated through the small Punta Cana International airport to our terminal. My friends and I have traveled many places before, but this was our first adventure using our passports while inhabiting the beautiful island of the Dominican Republic. Our trip was coming to an end as the midday sun trailed behind us. Four of us slowly treaded to our terminal, dragging our bags as we reminisced about the attractions we took part in that past week.  Approaching the United Airlines gate, we occupied the small section of the two sided bench while waiting for our fifth group member. She was in the gift shop purchasing last minute items before we boarded.

As she reached our group, you looked like you were headed our way – early fifties, NBA height, dark hair, plaid button down with cargo shorts, uneasy smile. My friend was walking in the same direction, only at a faster pace. She was laughing at the nearby mom trying to collect her children without much luck. She sat down as her boisterous laugh filled the air as she was trying to explain what she saw in-between breaths.  When you got closer, she was the first to notice while we were busy laughing ourselves. She began to rise as she interrupted her own laughter, thinking she had taken your seat but you vigorously shook your hands while smiling, assuring her there was no mistake.

There was a brief moment of silence as your voice dropped and your eyes wandered aimlessly at the passersby. Your body language seemed way off, fidgeting your fingers in an uneasy stance.  Surrounding people would take an occasional glance in our direction. Tension in the air was thicker than my curly fro. My friend, being the social butterfly, decided to ask how your vacation went.

“It was horrible.”  Your voice trembled yet, you spoke with confidence. A half-smile was still stamped on your face.

“Ours didn’t start out so great. We didn’t get the right rooms, we didn’t have a great view, our hotel food was horrible so we had to get locals to get our food but for the most part, we made the best of it. Yours couldn’t have been that bad… right?” The physical cues became evident to my friend who did not pay attention at first. Before answering, he shifted the weight of his stance to the opposite leg while avoiding direct eye contact. He began stuttering, but was able to collect his thoughts.

“Well I came out here on vacation with my wife but she left me for another man.” His lips puckered while his arms flailed out before hitting his side. The nonchalant tone struck my soul like a lightning bolt. My eyes grew immensely while I tried to keep my jaw from hitting the ground.  Voice quivering, you bravely continued to tell your story.

“Yea we’ve been married for about ten years. I brought her out here for vacation and she left me for another man…Just like that. She had it all planned out because she told me she was talking to him for a while. And I flew her out here on first class.” While diving into grave detail about how it happened, the audience of ears grew. One couple cupped their mouths in a silent gasp, two young women stared attentively in our direction, an elder woman occasionally looked up from her paper, the flight attendant at the gate was whispering to another and a group of men chatted amongst themselves about how they would have reacted. Even the person at the end of the bench would turn around to observe the traffic heading to other terminals as if they were waiting on someone while their significant other sat next to them.

Several others whispered amongst themselves while their eyes darted in our direction until someone from our party would make eye contact, causing them to look away as if their attention was elsewhere.

Our hearts poured out to you. I couldn’t even fathom what you were going through. If I could’ve mended your broken heart, I would have. Instead, it seemed like the pieces of it were holding on by tape and Elmers glue. I could see it; your skin tone changing color, your blue eyes overshadowed by its pupils, constant shift in weight from one leg to the other and the fidgeting fingers accelerated.

I was clinching the left side of my chest, wide eyed, not really knowing how to respond or what to say. “I’m so sorry that this happened to you. I feel bad” was the only thing I could utter.  Generic, but honest. We all gave our versions of an apology but still, you didn’t want us to apologize. You didn’t want the pity.

“I’ll be fine ladies, really. I’ll be fine” Your unbothered tone seemed forced. A glaze came over your eyes but water didn’t run down your face. “I’m going to get a drink now.” Abruptly, you turned your back towards us and darted off towards the bar at the opposite end of the hallway. The sun was setting in the distance, but the beautiful scenery didn’t make up for that agonizing moment.

Speechless, our group looked at each other and let out an uncomfortable laughter. Our eyes roamed around as people in the terminal glanced at us as with a startled “did that really just happen?” expression.

While waiting to board, we saw you high tail it to the United terminal as your button down shirt blew behind you, luggage in tow. The first classers had priority, so they boarded the plane while we waited in line for our turn. While handing the attendant your ticket to scan, multiple pairs of eyes darted in your direction – I knew you could feel them.

When we boarded the plane, no eye contact was made. I stared you down hard, hoping you would feel my presence and look in my direction. I was stuck in line while others were placing their bags in the overhead compartment. My gaze didn’t break. I wanted one last look from you so my eyes could shed more sincerity, but you didn’t look my way. I saw the reflection of the vacancy plastered on your face as you glared out the window back into the palm trees as the pink sky began fading into the night. The deep breath you took left fog on the window while your head didn’t budge. Your eyes were still glossy.

The transition from paradise back to America was smooth. The weather was rainy at JFK, but our straight flight safely landed and took less time than we expected. Our middle seats caused us to be patient while the front of the plane unloaded first.

You stood out amongst the crowd.

You yanked your bag from the overhead and sprung off of the plane, plaid shirt trailing behind. When we were able to get off, the line at customs seemed immortal.  I saw every passenger from the plane, including the annoying senior citizen that kept opening his window every ten seconds letting light into the shaded plane, but I did not see you. You vanished.

​I should’ve said more. I should’ve sent a drink to first class. I wish I caught your email just to periodically check on you, but I didn’t do any of that. To the stranger who was brave enough to let it all out without shedding a tear, I’m sorry.

0 comments on “Letter to a Stranger: To the Stranger Fighting Tears | Christinna Mack”