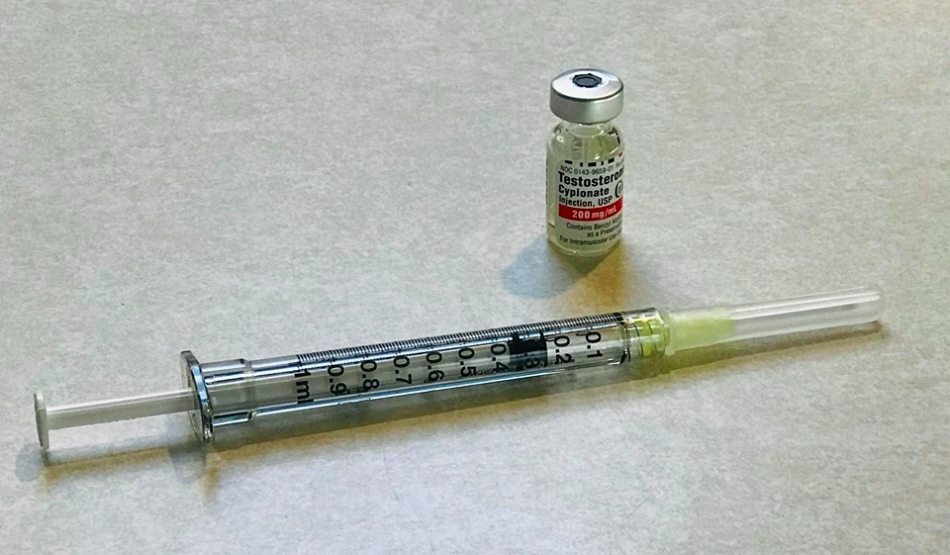 A sign in the window of Blue State Coffee in New Haven calls to resist Trump’s latest policy narrowing the definition of gender with bold black letters saying: WE WON’T BE ERASED! with the pink, white and blue transgender pride flag coloring the background. It is the perfect place to meet Jay Simanovich. Simanovich puts his backpack down before taking a sip from the white ceramic teacup. Simanovich is a clinic social worker and gender therapist based in Branford who works primarily with youth discovering their gender identity.

The popular concept of gender is simple: a person is born with certain anatomy and that determines how they live their life. This is not always the case especially in the transgender community. The anatomical build of a person’s reproductive organs is their sex, but gender is a person’s sense of self. When there is conflict between one’s internal and external identity, they are transgender. “There [are] always three different aspects I talk about: the biological aspect of a transition, the psychological aspect, and the social aspect of transitioning.” Simanovich says, if and when someone feels a discomfort in one or more of the dimensions, one option is to do nothing. His mission is to find ways to relieve the discomfort by asking, “How can I fix that?”

The physical transition focuses on passing as the appropriate gender externally. The beginning of a transition can start at any age with something many don’t think of as a big deal—clothing. A twenty-six-year-old trans man, we’ll call him Ben, says he was always drawn to the boys’ department when shopping with his mother. “As much as I wanted to put him in dresses, he wouldn’t have it, even as a baby,” his mother said. It is not until someone starts hormone replacement therapy (HRT) that their physical appearance begins to change drastically. For a trans woman, starting estrogen injections promises smoother skin, less body hair and the development of breasts. When a trans man begins testosterone, or T, body hair and muscle begin to develop.

Steve Weber is a thirty-one-year-old trans man. He began the medical part of his transition in November 2017 with HRT. Four months later he had a subcutaneous mastectomy, or top surgery. The most exciting moment of his transition thus far is the day he got the bandages removed: “When I saw no boobs, it felt pretty great.”

Before his surgery, Steve was binding his fairly large chest down to give the illusion it was flat. Binding can cause irritation, sores, pain, discomfort and physical restriction. As excited as he was to take the bandages off, anxiety accompanied the moment. He remarks, “If I were to buy a new car, I’d test drive a bunch of cars. I couldn’t do that with a chest.”

In addition to the physical benefits, the hormones help with anxiety and depression. There is validation when a trans man sees his first chin hair; alleviating a level of stress. In order to be prescribed hormones, or approved for surgery, trans folk have to be diagnosed with gender dysphoria. According to the Diagnostic and Statistical Manual of Mental Disorders (DSM-5), gender dysphoria is a conflict between one’s physical and assigned gender with the gender they experience or express. Simanovich asks clients to rate their gender dysphoria on a scale of one to ten; one being the person is feeling suicidal because of their body and ten is the person accepting their body. When someone begins to replace their estrogen with testosterone they start to go through puberty (for trans adults, it’s puberty again). On top of the general anxiety and depression most people experience in life, trans individuals must negotiate gender dysphoria. Although he dresses in men’s clothes and has a fairly deep voice for someone pre-HRT, Ben is misgendered when in public regularly. “There are times where I just cry because I can’t do anything else,” Ben says, hoping to start HRT within the next few months.

“She saw me as a lesbian who became a man, not just a man.”

Aside from one’s dysphoria, one of the biggest obstacles in one’s transition is how the people in their social circle respond to the changes. Weber suffered a hard break with his family. He did not talk to his parents for many months. He mentioned, “My parents are very religious and they still don’t use the right pronouns and call me by my birth name.” Weber’s ex-wife did not adjust well to the transition either, “She saw me as a lesbian who became a man, not just a man.” He was not able to celebrate the milestones of his physical transition with her. This rejection had negative effect on his psychological health. Steve was having dysphoric breakdowns multiple times a week. Since his divorce, he has breakdowns maybe once a month.

Simanovich puts an emphasis on the importance of a positive social circle. Because he works primarily with youth, it is important to recognize the abundance of bullying occurring within schools. Many kids do not know why they feel so different. Simanovich explains once young adults find the words to express their feelings, they are able to find solutions that will help find their true and authentic self.

In recent years, the trans community has slowly integrated into mainstream society. Shows like Shameless, The Fosters, and Orange is the New Black all have major transgender characters played by trans actors. With the spotlight beginning to shine on the community transphobia becomes apparent as well. The trans community is continuously under fire from the conservatives. Something as minuscule as using the bathroom has become a wedge issue.

“I just want to pee in peace,” Weber chuckled. “I don’t go into bathrooms to look at the men peeing. I like women.”

Resolving the bathroom issue is a stepping-stone to acceptance and equality for the trans community. Public buildings and private businesses across the country are implementing more and more gender-neutral bathrooms and eighteen states have adopted anti-discrimination laws in June 2018. Since the 2017 election, the trans community has celebrated victories in Virginia, New Hampshire, and Minnesota. The trans community has a long way to go, but these elections and exposure in pop culture are creating a path to guide the young transgender community and show them they are more than their gender and will find success physically, psychologically, and socially.

0 comments on “That’s the T: The Three Stages of Transition | Alanna Levesque”