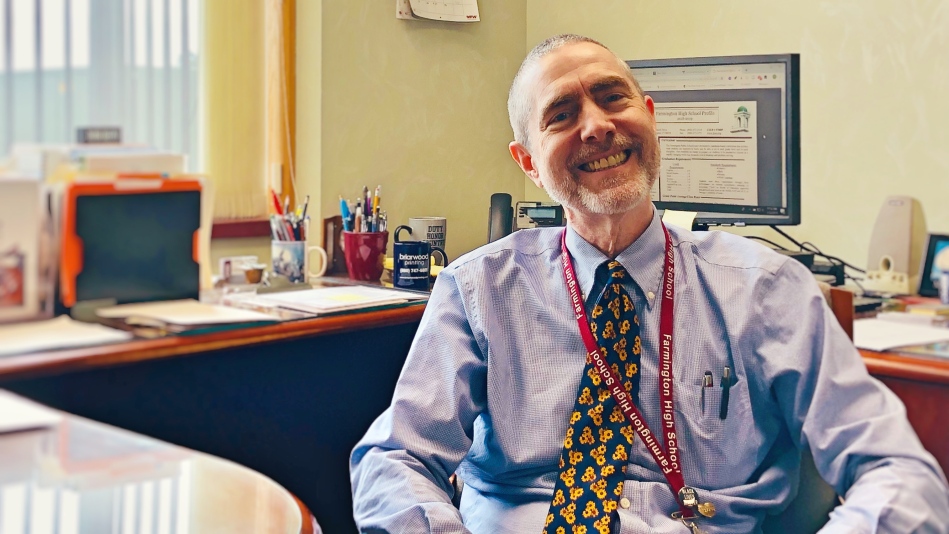 As the clock strikes eleven on a crisp and cold Friday in early March, students and staff at Farmington High School are well into their day. Students sit in the foyer, studying. At the other end of the hallway stands Dr. William Silva. Principal Silva favors bow ties, but on this day, he opts for a sunflower-patterned necktie, blue button-down, and khakis. Perhaps he wanted to change things up on a Friday. “The most important thing for me is that students feel welcome,” Silva says, “feels included here, feels connected.”

After twenty-five years in education Dr. Silva is going out on top as the 2018 Connecticut High School Principal of the Year. Dr. Silva won the award for his engagement with students and staff and especially for his value of multiculturalism and inclusion.

Walking around the school, Silva seems to have a different greeting for each student. “What’s up, Josh?” And, “What’s going on, Tony?” Silva mentions that he loves to walk around the “cafe” during all lunch periods to see what’s going on with the students and on Friday, talk about weekend plans. He also talks with the athletic directors about the basketball games the previous night.

“The most important thing for me is that students feel welcome, feels included here, feels connected.”

Every year, in the month of February, Farmington High School, has a celebration called Social Justice Week. During that week there are approximately two dozen student presentations. “Students in a club or an activity or students who had some interest gave presentations in the library and they were open to anybody during the lunch periods.” Diversity Day was a tradition before Dr. Silva arrived at Farmington High School. However, he has expanded the tradition over the past three years from a one-day school-wide gym assembly to an entire week.

During his tenure, Silva has kept graduation rates up. This is something Silva likes to talk about. He walks into the cafeteria with his hands behind his back, showing off his sunflower necktie. “We graduate well into the [90 percent range], almost all of our students graduate in four years and go on to higher education. Some will go into employment or the military, but the vast majority of graduates from Farmington High School go on to higher education.” In 2018, the graduation rate was 97 percent. Ninety-two percent of students went on to either four-year or two-year schools, 2 percent joined the workforce, and another 2 percent joined the military. Members of the class of 2018 were accepted into over 250 colleges and universities.

Making an impact and touching a kid’s heart is huge when developing and preparing them for the real world. This is something that Dr. Silva feels is his greatest success. “This position has really given me the most opportunity to influence education on a large scale just because of the nature of being a high school principal.” Inspiring and motivating kids to go onto further education is difficult to do. This is something that Dr. Silva has achieved in five years at Farmington High School.

Students around Farmington High School are very involved in the community. Activities range from singing carols at nursing homes to community service projects. “I take great pride in that and that’s not a single accomplishment of mine, it’s really all of us working together,” Silva explains, “It’s our great faculty, our incredible staff, the students that supported the community so those are the things that I think about my time here. Those are the things that I’m most proud of.”

Dr. Silva plans to retire at the end of the current school year. He has no regrets. Dr. Silva explains that it’s a good time to look for other opportunities and challenges. His voice softens as he talks about retirement. “A lot of the things that I wanted to accomplish when I came here are either set in motion or are well underway. I can look on the things that have happened here and have a good feeling about them,” Silva says. “There’s some things that are going to be happening in the district that I think it’s important to have a principal in place who can commit to it for a longer period of time.” It’s tough to talk about leaving a place where a foundation has developed, and friendships were made. The faculty has nothing but nice things to say about their boss.

Although it’s tough to say goodbye, Silva goes out on a high note, like an athlete retiring after winning a championship. Dr. Silva can look back at his achievements at Farmington High School and know he made everyone at the school feel welcome regardless of gender, race, religion, or sexual orientation. He has accomplished many things and winning High School Principal of the Year is a fitting tribute to his long career in public education.

Zach Pluym is a staff writer for the Blue Muse Magazine.

0 comments on “Top of the Class: CT High School Principal of the Year | Zach Pluym” 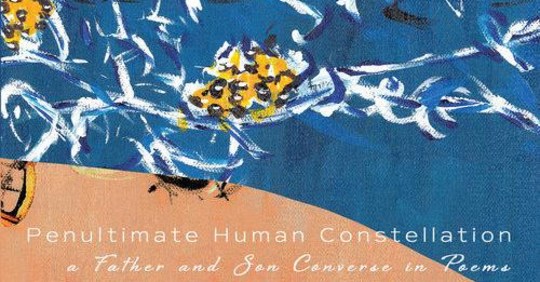 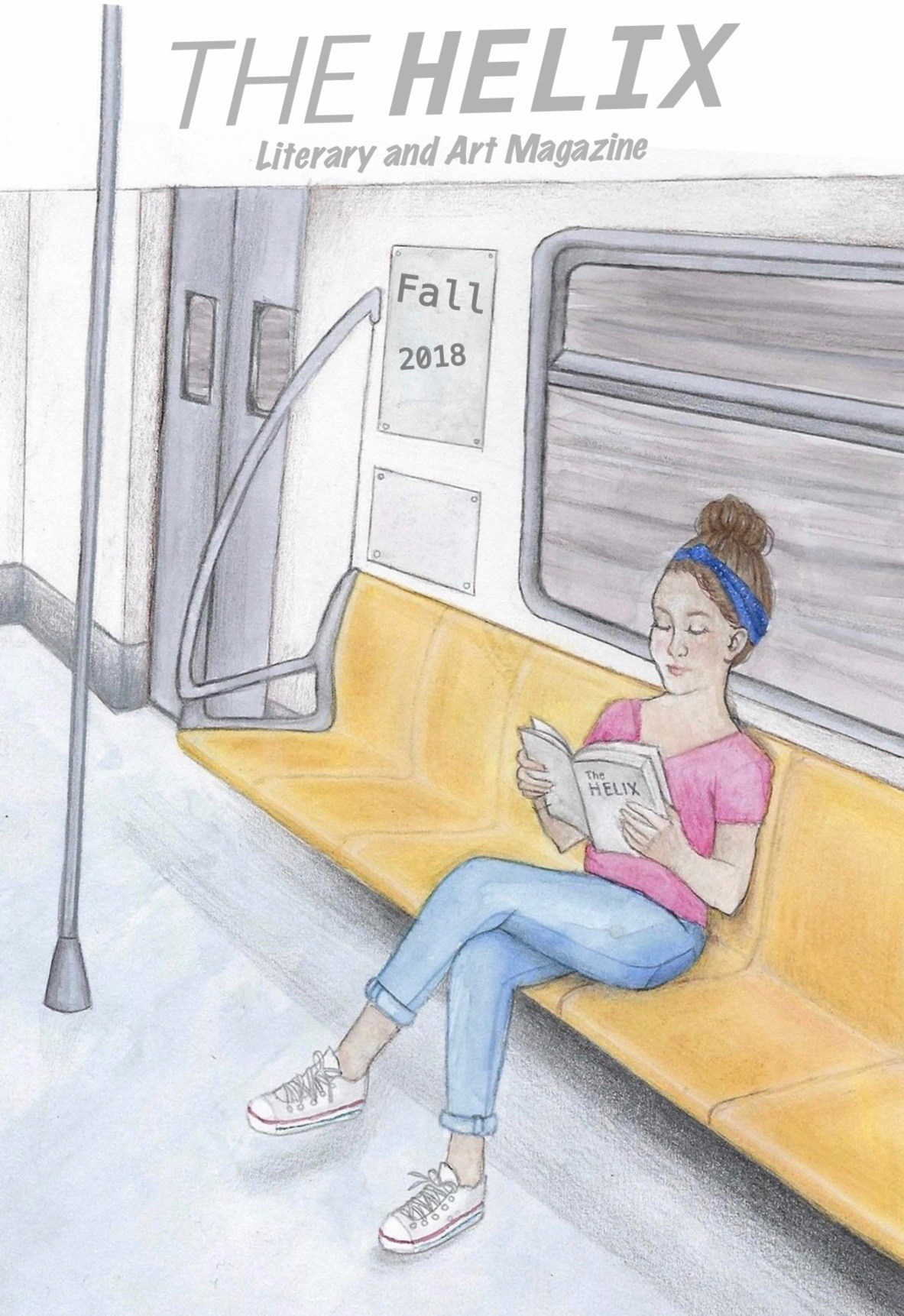 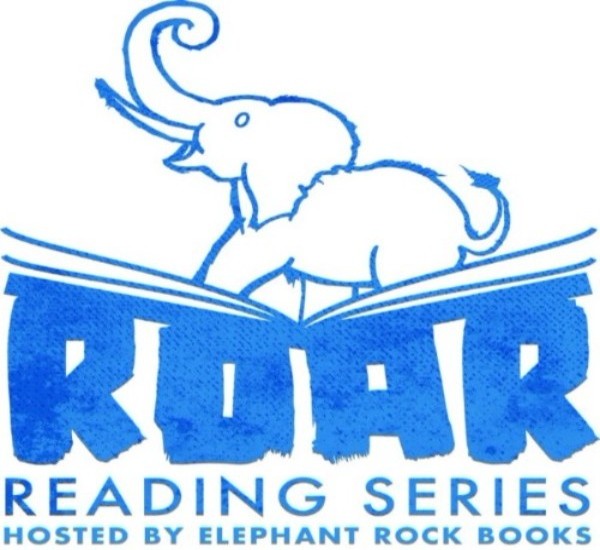