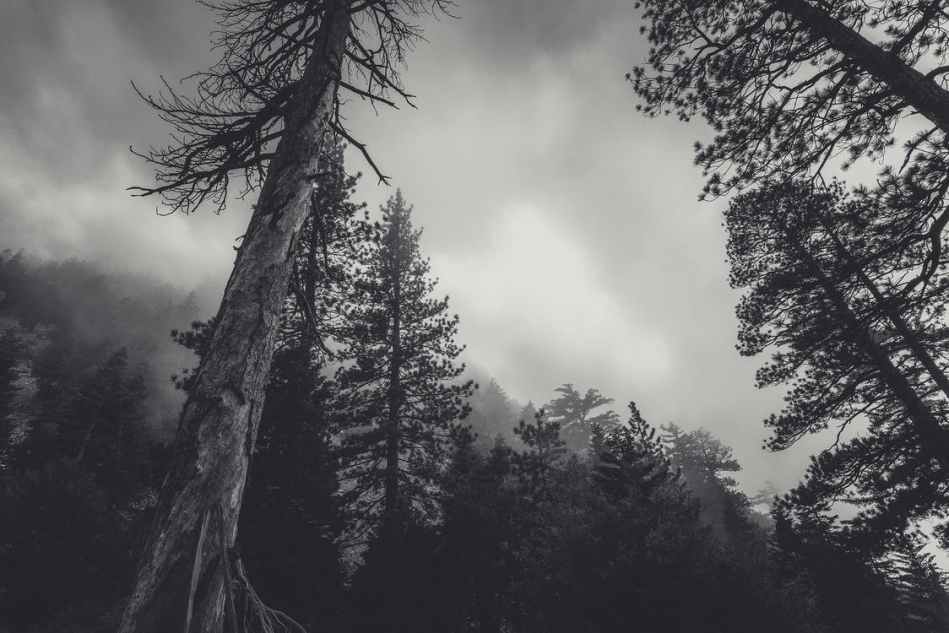 I learned of your death mere moments after being ripped from a deep slumber. In that delirious half-awareness, I attempted to convince myself dream switched to nightmare, not to reality. Utter shock ricocheted through my body, informing each cell of your departure. You were always there, my love, always. Until you weren’t.

I jolted out of bed, electrocuted, and took off running. Though unaware of where I was going, my feet and brain worked in tandem to carry me away from the deafening silence of your absence. Into the forest I went, looking for comfort in the humming darkness that surrounded me.

My shoeless feet, moving too quickly, stumbled over an exposed root, and I landed harshly upon the ground. In that moment, lying broken and desperate on the floor of the dark forest, I couldn’t have cared whether I lived or died. In fact, I thought it would be better if I died, so I wouldn’t have to bear another second on this cruel Earth without you. I prayed to any and every God I could think of to end my suffering and remove me from this torturous existence:

“Please, pluck me from my misery. Let me join my love, who was so forcefully erected into Heaven,” I begged.

I lay on the ground of the woods, weeping inconsolably, until the cry of a woman interrupted my tears. Thinking it was you, I leapt to my feet and moved as quickly as possible in the direction of the sound. The voice rang out again, much closer than before; I was almost to you. Then the brutal actuality of the world reminded me that it wasn’t you, couldn’t have been. You were dead.

Ignoring the cracking of my heart, I stepped forward, eyes searching for the owner of the voice. I came upon a deer, lying hurt on the ground. Urging my eyes to see through the blinding darkness, I saw its hind leg was the cause of its cry. A simple break, I presumed.

Moving to help it, I discovered that this animal’s injury was no fracture, but a bite. What beast could have caused a bite that size I knew not, though the thought of how large this beasts’ teeth must be haunted me.

With painful realization, I surmised that the life within this broken body would not continue beyond the span of an hour. I decided to help it, offering it the mercy I’d never known. I raised a stone, crashing it down in one swift blow, ending its pain.

A second of silence was soon interrupted by the burning sensation of eyes upon my back. I knew in an instant that someone, something, was spying on me from behind the sheet of darkness. Turning just enough to see the outline of the presence, I caught sight of the beast, the same one that attacked the deer moments ago. How stupid of me not to think this enormous creature would be waiting around to finish the job.

The beast could have blended in among the trees, with its enormous height and arms closer to branches, though the feeling of its sharp gaze made its presence known. The creature turned towards me, leaping with a strength that scared me. Stumbling through the debris of the forest floor, I threw myself forwards. The rapid pace at which I fled made it feel as though I were a spirit, gliding through the air. For a moment, I imagined I had died, and this was some sort of sick purgatory I had to find my way through before our souls could reunite in sweet, eternal bliss.

Continuing this pace, I flew towards the candlelight; the blaze pierced through the veil of the night. I could still feel the beast behind me, its ferocious growl causing the ground to shake. Its bloody breath blew a wind through my hair as the distance between myself and the beast disappeared as quickly as you did.

In that desolate fleet, as I flew through the forest, I must admit that I forgot my prayers of joining you in that paradisiacal afterlife. Alas, my dear, that night it became chillingly clear: I’m not done yet. How many more years I shall live to bear, why only God knows that. What I do know, however, is that I found something in the woods somewhere.

Julia Wnuk is a student at CCSU

1 comment on “In the Woods That Night | Julia Wnuk”